The sports ministry has cleared the 224 athletes from 14 sporting disciplines, including seven para-athletes, at government cost, along with a contingent of 90 officials, coaches and support staff. 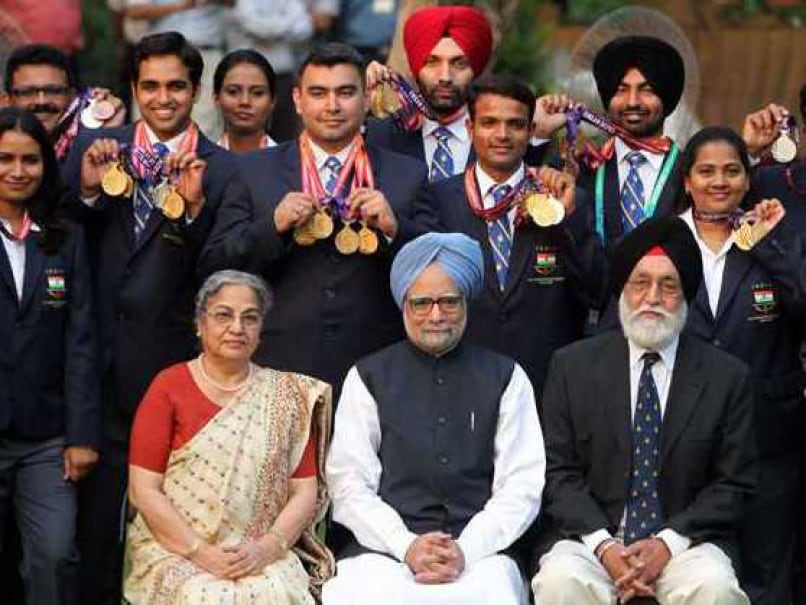 India will field a strong 224 member contingent, its second largest ever, in the Glasgow Commonwealth Games to be held from July 23 to August 3, with athletics forming the biggest squad of 41.

The sports ministry has cleared the 224 athletes from 14 sporting disciplines, including seven para-athletes, at government cost, along with a contingent of 90 officials, coaches and support staff.

The Glasgow Games will have 17 sports and 261 medal events and India will not be fielding athletes only in three disciplines -- netball, rugby sevens and triathlon.

The para-athletes will complete separately in a record 22 events in five different sports (athletics, cycling, lawn bowls, swimming and weightlifting).

2010 Delhi GWG had 21 sports and 271 medal events and India had fielded 495 athletes, the country's largest ever participation. India had won a record 101 medals ( 38 gold, 27 silver, 36 bronze) and had finished second behind Australia.

Archery and tennis, which contributed a chunk of medals for India in 2010 Delhi CWG, have been removed from the Glasgow Games. In wrestling, Greco-Roman section will no longer be there in Glasgow and shooting medal events will also be dropped from 44 in 2010 to 19 in Glasgow.

Despite the reduction in medal events, Indian Olympic Association Secretary General Rajeev Mehta said he was confident of winning more or less the same number of medals in Glasgow.

"I feel we will win more or less the same number of medals," he said after signing a sponsorship deal worth Rs one\ crore with leading dairy product brand Amul. The programme was attended by Indian hockey team members, including captain Sardar Singh and P R Sreejesh, and Glasgow-bound wrestlers.

IOA treasurer Anil Khanna said the entire amount of Rs one crore will be spent on the CWG-bound athletes.

Comments
Topics mentioned in this article
Athletics Other Sports CWG, 2014
Get the latest updates on ICC Women's Cricket World Cup 2022 and IPL 2022, check out the Schedule , Live Score and IPL Points Table. Like us on Facebook or follow us on Twitter for more sports updates. You can also download the NDTV Cricket app for Android or iOS.