Viswanathan Anand, who finished a disappointing tied third in the Sinquefield Cup last month, needs 13 points from the remaining two legs in Bucharest and Kolkata. 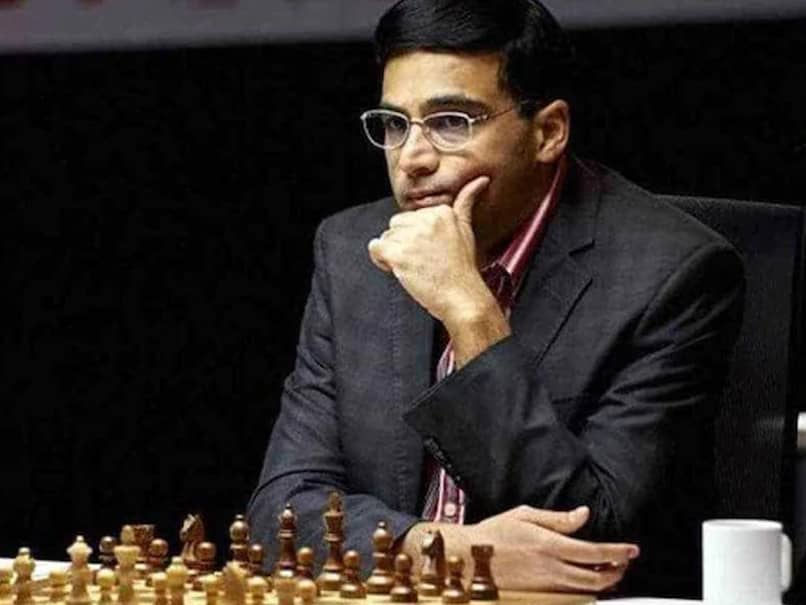 Viswanathan Anand will face world champion Magnus Carlsen for the first time in India since 2013.© AFP

With just two spots up for grabs, Indian chess wizard Viswanathan Anand on Wednesday said he is confident of sealing his berth in the 2019 Grand Chess Tour Finals to be held in London from November 30 to December 10. The GCT Finals will be held during the London Chess Classic in London and Anand wants to brighten his prospects with yet another perfect finish in the Tata Steel Rapid and Blitz tournament to be held here from November 22 to 26. Anand, who finished a disappointing tied third in the Sinquefield Cup last month, needs 13 points from the remaining two legs in Bucharest (November 6-10) and Kolkata to seal a spot in the GCT Finals which carries a prize purse of USD 350,000. "Definitely it's (securing a place in GCT Finals) gettable, but it is still very unpredictable. (Levon) Aronian, me and (Wesley) So all have the same tournaments left. So all of us are fighting for the same 13 points," the five-time former world champion told PTI in an interview from Chennai.

"On top of that, there are other guys, who in the event of a crumble, can get close enough. So, I think 6-7 players are fighting for the last two spots. Hopefully, it will go well for me," he added.

The 'City of Joy' has been a happy hunting ground for Anand. From playing his first GM tournament here in 1986 to winning the Tata Steel Blitz title last year, Kolkata holds a special place in the chess wizard's heart. "My performance in the Blitz tournament (last year) was great and that made it extra special. Kolkata has been very special to me and the sport fans are really passionate," he said.

The venue for this year's Tata Steel Rapid and Blitz event is the prestigious National Library, which will host a chess tournament for the first time. "I think the atmosphere there would be electric. National Library as the venue sounds amazing. I'm looking forward to see the final arrangement there. I'm sure they will do a good job. And, obviously I hope to do well," Anand said.

The competition in Kolkata will see Anand face world champion Magnus Carlsen for the first time in India since his 2013 World Championship defeat in Chennai. "I have played him (Carlsen) many times in between. I don't think that matters too much either because there would be other players as well.

Then I was playing him exclusively. Now there will be 10 participants," said Anand about his upcoming duel with the Norwegian. "But of course it's always a big challenge playing him. His performance this year has been very good. "Generally he starts as a favourite everywhere. But you just play your best and see what's you're up to. Ding (Liren) has been very impressive too," he added.

Anand won one match and drew 10 at the classical leg of the GCT in the Sinquefield Cup in St Louis. The Indian, however, failed to convert some positional advantages there, especially against GM Ding Liren. But Anand now wants to shift his focus on the FIDE Chess.com Grand Swiss in the Isle of Man from October 8 to 22, where the winner will qualify for the 2020 Candidates Tournament. Anand pulled out of the ongoing World Cup in Khanty-Mansiysk and is currently enjoying a break with his family at his home in Chennai.

"I had a chance to rest, otherwise I would already have started playing (in World Cup). I thought that I might be tired so I took the decision to skip this one," he said. On his preparation for the Isle of Man event, which is expected to be the strongest Swiss-system tournament, Anand said: "It's still a while way but I am getting ready for it. "There are too many variables. I don't know whom I'll be paired with and with what colours. So you just have to go, be ready to take your chances and see what happens. You can't plan and switch on."

Anand also sounded concerned about the ongoing infighting in Bengal chess where GM Dibyendu Barua has filed a complaint against BCA secretary and IM Atanu Lahiri for alleged of irregularities.

"Hopefully this short-term issue will be resolved. The main thing is developing the talent that you have," he said. "There are enough activities and good players in Bengal. I'm optimistic that talent could emerge at any moment. You have a good chess culture here. Hopefully, the Tata Steel event will also inspire the young talents to emerge."

Anand, who will turn 50 on December 11, also ruled out retirement plans anytime soon. "No, at the moment. I haven't thought about it. I will see how it goes. I don't think about it a lot," he concluded.