Boxing Federation of India is facing are unlikely to resume camp training anytime soon as they grapple with a "few logistical concerns". 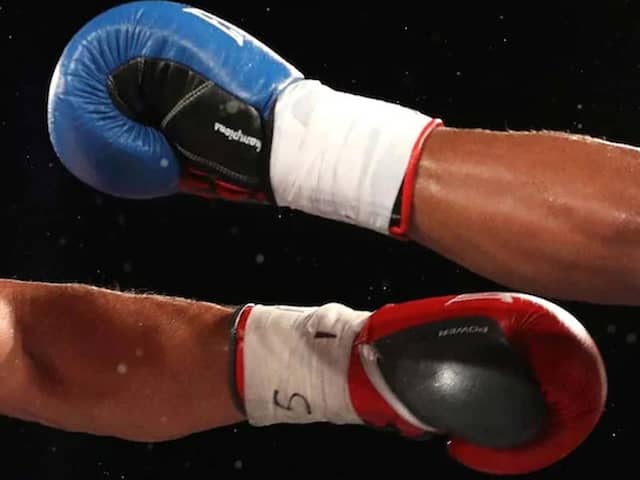 BFI Secretary General said he is contemplating an online meeting of the stakeholders in June.© AFP

The ministry's go-ahead has come and a Standard Operating Procedure is also in place but Indian boxers are unlikely to resume camp training anytime soon as the national federation grapples with a "few logistical concerns" amid the COVID-19 pandemic. With the home ministry allowing the opening of sports complexes and stadia, Indian athletes are desperate for resumption, including the boxers, who have been engaged in fitness training at their homes for the past two months. They and the Boxing Federation of India will have to sign consent forms, acknowledging the risk of resuming training amid the pandemic before being allowed back at Sports Authority of India (SAI) centres for practice.

"The SAI SOP (released on Thursday) bars access to rings, there cannot be any human sparring either. In such a scenario will there be any point in getting them (the boxers) to assemble amid risk of infection?" a Boxing Federation of India official said on conditions of anonymity.

Sports Minister Kiren Rijiju had earlier stated that his plan was to restart national camps at least for the Olympic-bound athletes by the end of this month. Nine boxers -- five men and four women -- have so far qualified for the Tokyo Games, postponed to 2021 due to the pandemic sweeping the world.

In India alone, the case count has crossed 1 lakh and more than 3,000 have died. "There is a huge risk. None of the boxers are in Patiala (where the men's camp is held) or in Delhi (where the women's camp is conducted). It will be logistical nightmare to bring them to these locations as of now," the official said.

"If god forbid, something happens, wouldn't that be detrimental to all the Olympic preparations. It is better to wait for now...let the situation ease up a bit, probably sometime in June," he added.

BFI Secretary General Jay Kowli said he is contemplating an online meeting of the stakeholders in June to figure the modalities of resumption.

Asked if he agreed with the sentiment expressed by the official, Kowli said he cannot deny the risks. "I am trying to have a meeting in June to discuss the modalities. I cannot deny the risks if that is the majority view but we have to look for resumption at some point," he told PTI.

"Action at the Asian level will likely resume only in the last quarter, that too after careful consideration of the COVID-19 situation," he added.

The BFI wants to hold its national tournaments in the usual October-November window, followed by the Asian Championship in December in Delhi. "The calendar which was put together in 2019 has gone out of the window. That itself will be redrawn in August only, depending on the situation," Kowli said.

India's High-Performance Director Santiago Nieva had earlier stated that individual training can be restarted at the national camp without sparring for now and following the mandated safety protocols.