Accident Rules Neeraj Goyat Out Of Bout Against Amir Khan 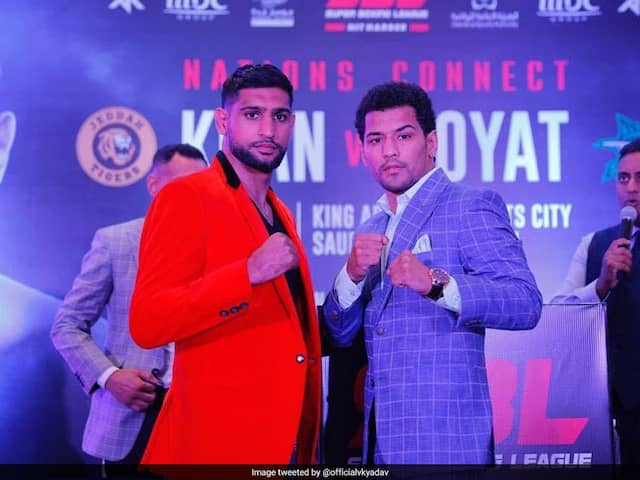 Neeraj Goyat has a record of 11 wins including two knockouts.© Twitter

Boxer Neeraj Goyat, who has met with a car accident, was on Wednesday ruled out of his key clash against Pakistani-origin British boxer Amir Khan at next month's WBC Pearl World Championship bout in Jeddah, Saudi Arabia. "We are very sad to inform that our star Indian boxer Neeraj Goyat, who was preparing for his mega fight against Amir Khan, met with a car accident last night that has caused him severe injuries on his head, face and left arm. He is currently in hospital and we wish him a speedy recovery," a media statement said.

"We are in the process of looking for Neeraj's replacement," it added.

The Indian pro-boxer, who was the WBC Asia welterweight title-holder, was supposed to take on Amir, a two-time world champion and Olympic silver-medallist, at the King Abdullah Sports City in Jeddah on July 12.

According to the 27-year-old from Haryana, it was supposed to be the biggest test of his career.

Neeraj has a record of 11 wins including two knockouts.