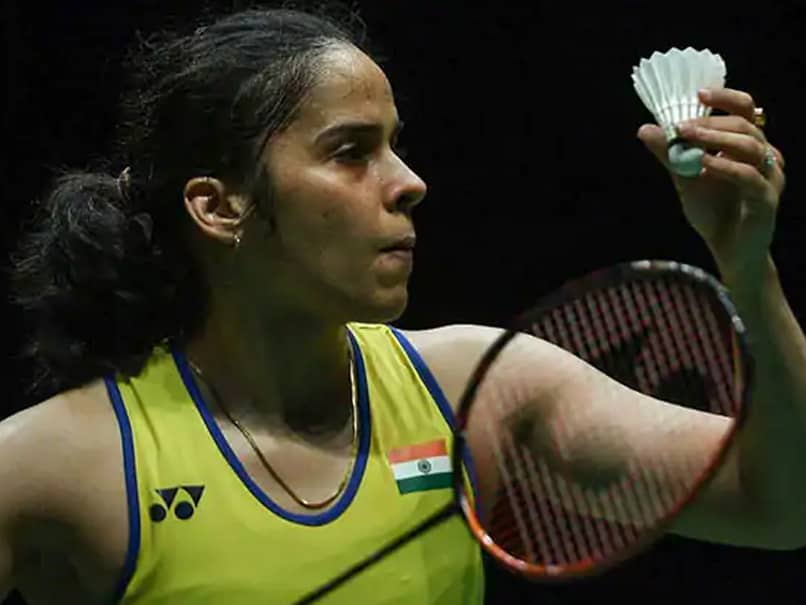 Saina Nehwal crashed out in the first round of Swiss Open.© AFP

Ace Indian shuttlers Saina Nehwal and Parupalli Kashyap had a humiliating start as they crashed out of the Swiss Open in the first round on Wednesday (local time). Young prodigies Sai Praneeth, Sourabh Verma and Ajay Jayaram advanced to the second round of the tournament after winning their respective games in the opening round. Olympic medalist Nehwal lost in a tough-fought clash against Thailand's Phittayaporn Chaiwan 16-21, 21-17, 21-23 that lasted for 58 minutes.

Praneeth outclassed Isreal's Misha Zilberman 21-11,21-14 in just 34 minutes to progress to the next round of the competition.

Verma won against Switzerland's Christian Kirchmayr 21-19 21-18 in his first-round clash.

Earlier, PV Sindhu got off to a winning start in the Swiss Open as she defeated Neslihan Yigit of Turkey. Sindhu secured a 21-16, 21-19 win over Yigit in the match to progress to the second round.

Indian men's doubles pair of Satwiksairaj Rankireddy and Chirag Shetty started their campaign on a high as they outclassed Scottish pair Christopher Grimley and Matthew Grimley in the first round of the Swiss Open.

Also, Indian shuttler Kidambi Srikanth defeated compatriot Sameer Verma in the first round of the ongoing Swiss Open here on Wednesday. Srikanth secured an 18-21, 21-18, 21-11 win over Verma to progress to the next round of the tournament.

However, HS Prannoy crashed out of the tournament after losing to Dutch badminton player Mark Caljouw 21-19, 9-21, 21-17.

Comments
Topics mentioned in this article
Saina Nehwal B. Sai Praneeth Sourabh Verma Parupalli Kashyap Badminton
Get the latest updates on IPL 2021, IPL Points Table , IPL Schedule 2021 , live score . Like us on Facebook or follow us on Twitter for more sports updates. You can also download the NDTV Cricket app for Android or iOS.