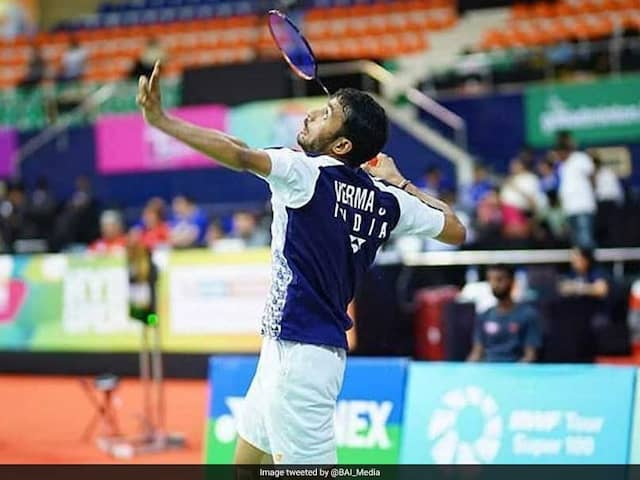 Sourabh Verma had won the Slovenian International in May 2019.© Twitter

Reigning National champion Sourabh Verma capped an impressive week at the Hyderabad Open with a thrilling win over Singapore's Loh Kean Yew in the summit clash to claim the men's singles title in Hyderabad on Sunday. The 26-year-old from Madhya Pradesh, who had won the Slovenian International in May this year, showed great composure as he outwitted World No. 44 Kean Yew 21-13 14-21 21-16 in a 52-minute final clash at the Gachibowli Indoor Stadium.

Sourabh made a good start as he jumped to a 6-2 lead in the opening game, before grabbing a 11-4 advantage. The Indian kept moving ahead to comfortably pocket the first game to earn the bragging rights.

In the second game, Sourabh once again jumped to a 5-0 lead but Kean Yew clawed back at 10-10. The Indian held a slender 11-10 lead at the break but the Singaporean reeled off five straight points from 14-13 to eventually roar back into the contest.

The decider was a close affair as Sourabh and Kean Yew started on an even knell before the Indian grabbed a 11-10 lead at the interval. Sourabh then kept extending his distance from the Singaporean to comfortably shut the door on his rival.

Comments
Topics mentioned in this article
Badminton Sourabh Verma
Get the latest Cricket news, check out the India cricket schedule, Cricket live score . Like us on Facebook or follow us on Twitter for more sports updates. You can also download the NDTV Cricket app for Android or iOS.