Saina Nehwal has questioned organising the Thomas and Uber Cup amid the coronavirus pandemic asking if it's safe to conduct the Cup at this time. 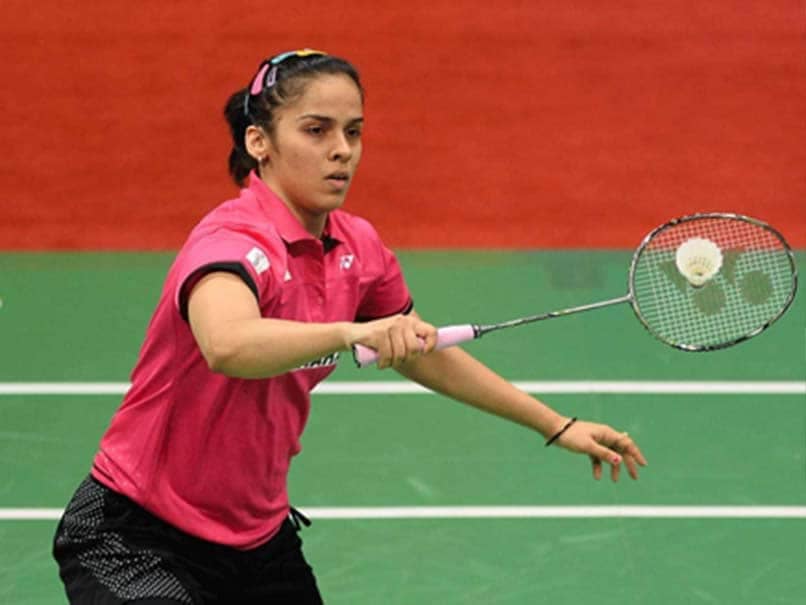 Saina Nehwal has consented to participating in the Thomas and Uber Cup in Denmark.© AFP

Ace Indian shuttler Saina Nehwal on Sunday raised safety concerns over conducting the Thomas and Uber Cup in Denmark amid the coronavirus pandemic. Nehwal said seven countries have already withdrawn from the tournament that is scheduled from October 3 to 11 in Aarhus, Denmark. Taking to Twitter Nehwal wrote, "7 countries have withdrawn from tournament cause of the pandemic...Is it safe enough to conduct this tournament during this time ??... (Thomas and Uber Cup 2020) #coronavirus." India's Uber Cup squad will be bolstered by the presence of both Saina Nehwal and PV Sindhu after the latter consented to her availability at the insistence of BAI president Himanta Biswa Sarma.

7 countries have withdrawn from tournament cause of the pandemic...Is it safe enough to conduct this tournament during this time ??... (Thomas and Uber Cup 2020) #coronavirus https://t.co/HC1qnueeLb

Commonwealth Games bronze medallists Ashwini Ponnappa and Sikki Reddy, meanwhile, will be helming the doubles department with youngsters Aakarshi Kashyap and Malvika Bansod also getting a look into the squad.

In Uber Cup, India finds itself in Group D with the other teams being China, Germany, and France.

India's Thomas Cup squad will be led by former world number one Kidambi Srikanth with Parupalli Kashyap and Lakshya Sen being the other top stars.

The doubles charge will be spearheaded by Manu Attri and B Sumeeth Reddy as the country's number one duo of Satwiksairaj Rankireddy and Chirag Shetty had to pull out following Rankireddy testing positive for COVID-19.

In Thomas Cup, India have been placed in Group C with 2016 champions Denmark being their biggest competition, besides Germany and Algeria in the same group. However, the 14-time champions China are still awaiting confirmation of their participation.

However, the camp was cancelled on Thursday after it became clear that players would not get any relaxation on the seven-day mandatory quarantine period.

Comments
Topics mentioned in this article
Saina Nehwal Cricket Badminton
Get the latest updates on IPL 2021, IPL Points Table , IPL Schedule 2021 , live score . Like us on Facebook or follow us on Twitter for more sports updates. You can also download the NDTV Cricket app for Android or iOS.