PV Sindhu will begin her campaign against Germany's Yvonne Li, while Saina Nehwal will take on China's Cai Yan Yan in the first round. 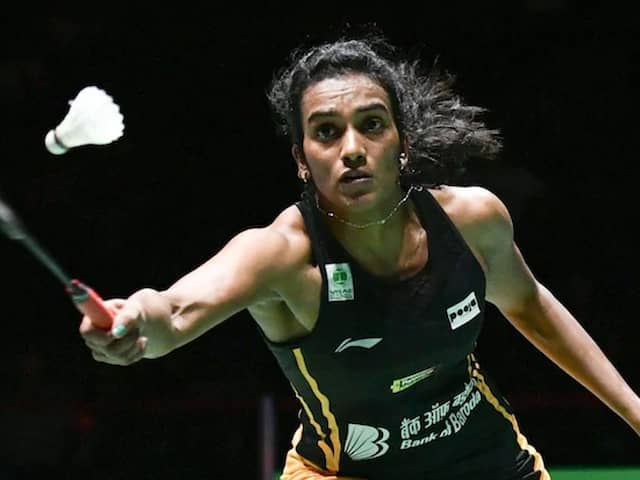 Ace India shuttler Kidambi Srikanth will give the upcoming China Open a miss though other top Indian shuttlers, including as PV Sindhu and Saina Nehwal, will be aiming for glory when they begin their campaign at the USD 700,000 event beginning in Fuzhou, China on Tuesday. Former World No. 1 Srikanth was slated to take on reigning two-time world champion Kento Momota of Japan in the opening round, but he decided to pull out of the tournament.

India will also pin their hopes on the men's doubles pair of Satwiksairaj Rankireddy and Chirag Shetty, who made it to the final of the French Open last month.

Sindhu and Saina, on the other hand, had crashed early in three back-to-back tournaments in China, Korea and Denmark and the duo will surely aim to regain form soon.

Sixth-seed Sindhu, who claimed the World Championships gold in August, will begin her campaign against Germany's Yvonne Li, while eighth-seed Saina will take on China's Cai Yan Yan in the first round.

Sai Praneeth, who settled for a bronze at the World Championships, will take on Tommy Sugiarto of Indonesia, while Sameer Verma will begin his campaign against Hong Kong's Lee Cheuk Yiu.

HS Prannoy will clash against Rasmus Gemke of Denmark in the first round.

Parupalli Kashyap, who reached the semifinals at the India Open and Korea Open, will face Thailand's Sitthikom Thammasin in the opening round.

India's mixed doubles pair of Sikki Reddy and Pranaav Jerry Chopra will take on Taiwan's Wang Chi-Lin and Cheng Chi Ya in the first round.

Comments
Topics mentioned in this article
PV Sindhu Saina Nehwal Kidambi Srikanth Parupalli Kashyap B. Sai Praneeth HS Prannoy Badminton
Get the latest updates on IPL 2020, check out the IPL Schedule for 2020 and Indian Premier League (IPL) Cricket live score . Like us on Facebook or follow us on Twitter for more sports updates. You can also download the NDTV Cricket app for Android or iOS.