PV Sindhu will start her campaign against Michelle Li, while Kidambi Srikanth will face World No. 2 Chou Tien Chen of Chinese Taipei in the first round. 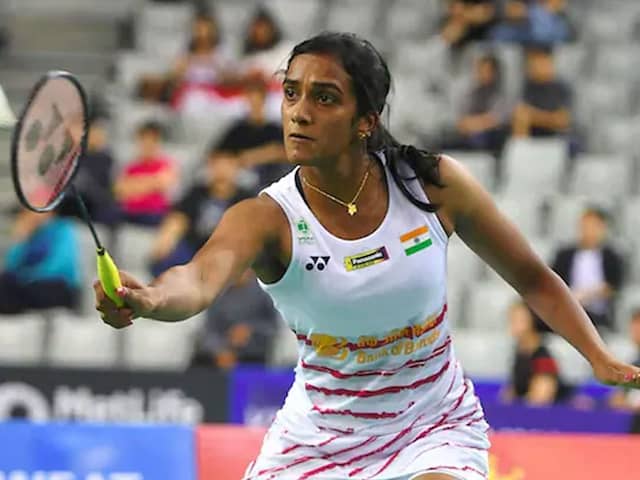 Indian shuttlers were on Tuesday handed tough draws at the French Open World Tour Super 750 tournament, starting in Paris on October 22. World champion PV Sindhu has been pitted against Michelle Li while former winner Kidambi Srikanth will open against World No. 2 Chou Tien Chen of Chinese Taipei. Since winning the World Championships in Basel, Sindhu has made early exits from China and Korea Open last month, dropping a place to sixth spot in the rankings too.

The top shuttler has a 5-2 head to head tally against Michelle but the World No. 9 Canadian would be a handful for the ace Indian.

Srikanth won the title in 2017 but will take on Tien Chen who has defeated him thrice in the last three meetings.

Former Commonwealth Games champion Parupalli Kashyap, who jumped to the World No. 25 will square off against Hong Kong's Ng Ka Long Angus.

In women's singles, Saina Nehwal will face Hong Kong's Cheung Ngan Yi in the first round while World Championships bronze medallist B Sai Praneeth will take on veteran Lin Dan in the opening round.

Men's doubles pair of Satwiksairaj Rankireddy and Chirag Shetty will open their campaign against the Dutch pair of Jelle Maas and Robin Tabeling.

Manu Attri and B Sumeeth Reddy will take on England pair of Ben Lane and Sean Vendy in another men's doubles opener.

Women's doubles pair of Ashwini Ponnappa and N Sikki Reddy will square off against South Korean Lee So Hee and Shin Seung Chan.

Pranaav Jerry Chopra and Sikki will open their campaign against English Chris Adcock and Gabrielle Adcock in mixed doubles, while Satwiksairaj and Ashwini will face fourth seeds Seo Seung Jae and Chae Yujung of Korea.

Comments
Topics mentioned in this article
PV Sindhu Kidambi Srikanth HS Prannoy B. Sai Praneeth Saina Nehwal Parupalli Kashyap Sameer Verma Badminton Ashwini Ponnappa
Get the latest Cricket news, check out the India cricket schedule, Cricket live score . Like us on Facebook or follow us on Twitter for more sports updates. You can also download the NDTV Cricket app for Android or iOS.