Mahender Singh read about former national level badminton player Manjeet Kaur on a Canadian newspaper and decided to help her. 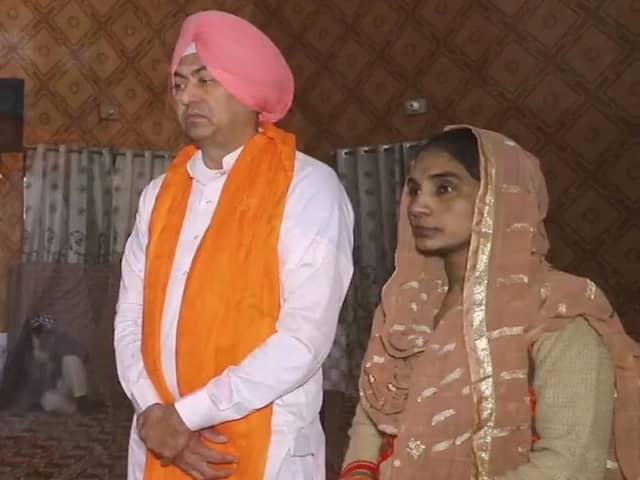 Non-resident Indians from Punjab have been known to be active in poll campaigns in the state and help the families of farm suicide victims, as they still wish to contribute to their homeland. But it was nothing less than a dream come true for the national level badminton player Manjeet Kaur, who had been living a life of despair, when she received a marriage proposal from a Canadian citizen Mahender Singh. And finally, they got married last month. Manjeet Kaur, who is from Barnala district, quit playing due to physical injury and had been struggling for the last ten years. "I didn't receive any assistance from the state government and hence had to quit the game. My husband read my story in one of the newspapers published in Canada. He contacted me over a phone call and offered me financial assistance," said Kaur while narrating his unexpected journey.

Manjeet Kaur said that they stayed in touch for over 14 months after which Mahender Singh proposed to her for marriage.

"He came from an upper caste and a marriage proposal from his side was unexpected," said Kaur.

Mahender Singh is equally excited seeing his affair leading to their marriage.

"I didnt even have her contact number. After I read about her in the newspaper, I tried to contact her through my relatives. I thought of not helping her with money but to provide a permanent solution and marriage was the only way around," said Mahender who arrived in Chandigarh on January 07 and directly reached the slum area where Manjeet Kaur was staying.

They finally got married in a local gurudwara and have now submitted their documents in the Canadian embassy to fly back.