The China Masters joins a growing list of sporting events to be delayed or called off in the wake of coronavirus outbreak. 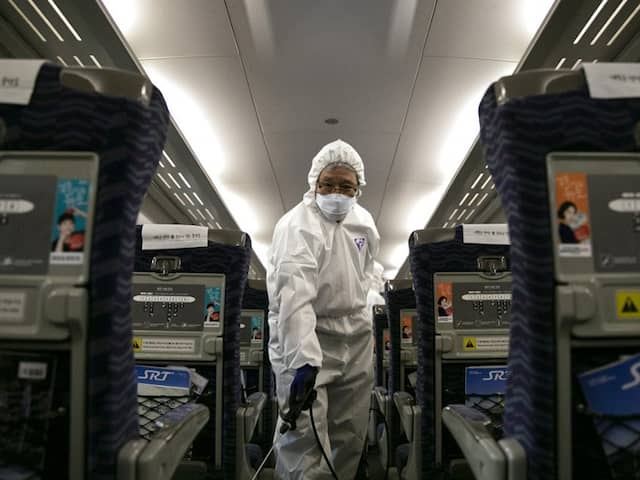 Coronavirus first appeared in the central Chinese city of Wuhan has resulted in 259 deaths so far.© AFP

China's coronavirus outbreak has forced the country's first badminton tournament of the 2020 world tour season to be postponed, organisers said on Saturday. The six-day China Masters was due to start on February 25 at Lingshui, in China's southern Hainan island. But organisers "considered all necessary health, safety and logistical risks and... believe it is sensible to postpone the tournament at this time, said a statement from the Badminton World Federation (BWF). Several players had already withdrawn from the competition, the BWF added.

The coronavirus that first appeared in the central Chinese city of Wuhan has resulted in 259 deaths and spread to more than two dozen other countries.

Beijing has taken extreme steps to stop the spread of the virus, including effectively quarantining more than 50 million people in Wuhan and surrounding Hubei province.

Wuhan is scheduled to host the region's flagship badminton tour event, the Asia Championships, in April.

The BWF said it was too early to "make any final conclusions" about whether to proceed with the event, which is one of the last chances for badminton athletes to qualify for the Tokyo Olympics.

The China Masters joins a growing list of sporting events to be delayed or called off in the wake of the epidemic.

The LPGA on Thursday cancelled its 2020 Blue Bay tournament slated for next month in Hainan, citing health concerns and growing travel restrictions implemented to slow the infection's spread.

And World Snooker on Friday also postponed this year's edition of its China Open, which was due to start in Beijing on March 30.