Chirag Shetty and Satwiksairaj Rankireddy put up a strong fight, especially in the second game, but it was not enough against the top-seeded duo of Marcus Fernaldi Gideon andKevin Sanjaya Sukamuljo. 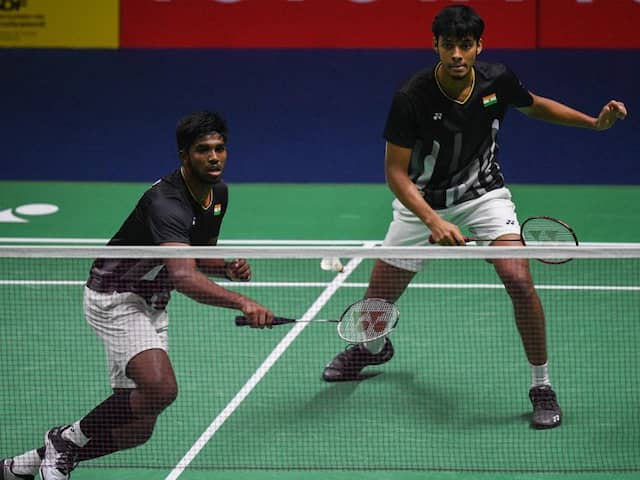 Chirag Shetty and Satwiksairaj Rankireddy bowed out of the China Open 2019 semi-finals after losing 16-21, 20-22 to the World No.1 pairing of Marcus Fernaldi Gideon-Kevin Sanjaya Sukamuljo from Indonesia on Saturday. The Indian pair put up a strong fight, especially in the second game, but it was not enough against the top-seeded duo. Satwiksairaj and Chirag started off well in both games, but Gideon and Sukamuljo showed why they are the top-ranked team in the world with a resilient performance that sees them through to the China Open final on Sunday.

The second game was a more hard-fought affair. Satwiksairaj and Chirag won the first two points, but since that it was a very even contest, with no team going beyond a one-point lead.

It remained neck-to-neck until the Indian duo took a 10-8 lead, but the Indonesian pair drew level again. They took turns to win a point each again before the Indians took a crucial 16-14 lead.

They kept the two-point lead till it was 18-16, but the Indonesian pair made a strong comeback to make it 19-18 in their favour.

The teams fought tooth and nail, with the Indian duo denying their Indonesian counterparts a match point, but with the score at 20-20, Gideon and Sukamuljo won two quick points to seal their spot in the final.

Satwiksairaj Rankireddy and Chirag Shetty were also defeated by Gideon and Sukamuljo in the French Open final last month.