BWF World Tour Finals: PV Sindhu was knocked out after she squandered a game advantage to lose yet again in a one-hour and 12 minute match. 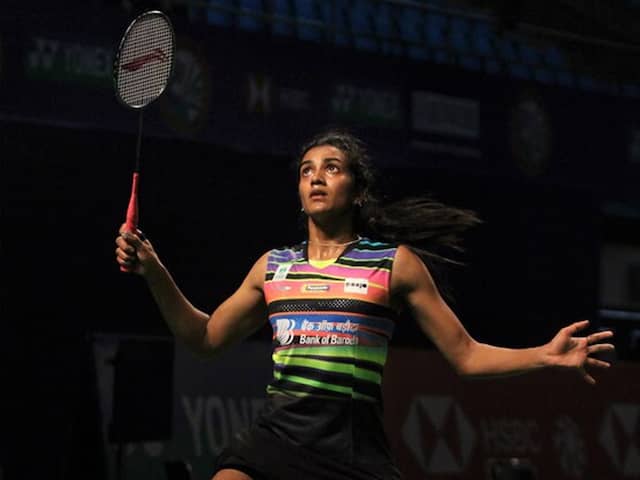 Defending champion PV Sindhu was knocked out of the year-ending BWF World Tour Finals after losing to China's Chen Yufei, her second defeat in two days, in Guangzhou, China on Thursday. Sindhu lost 22-20, 16-21, 12-21. Just like in her campaign opener against Japan's Akane Yamaguchi on Wednesday, Sindhu squandered a game advantage to lose yet again in a one hour and 12 minute match. Akane Yamaguchi's win over Bing Jiao He confirmed Sindhu's ouster from the prestigious tournament, which she had won last year.

With two wins from as many outings, both Yamaguchi and Chen Yu Fei have qualified for the semifinals from Group A.

However, the Chinese rallied to win the second game after a strong start.

Chen Yufei, who has been in rampaging form this season having won all six of her finals, including the All England Championships, carried the momentum into the decider and left Sindhu stunned with her wide repertoire of shots.

Coming into the match with a strong 6-3 head-to-head record, Sindhu struggled to match Chen Yufei initially, as the Chinese used her smashes to good effect and grabbed an 8-4 lead and then extended it to 16-12.

But the the reigning world champion turned it around superbly and clinched the opening game in 24 minutes when she sent the shuttle beyond Chen Yufei's reach.

The second game started on an even keel but from 7-7, Chen Yufei went into the lead and then managed a handsome seven-point cushion with the score reading 19-12 in favour of the Chinese.

A confident Chen Yufei was in her element in the decider and rarely gave the world number six Sindhu an opportunity to come back into the Group A match that lasted one hour and 12 minutes in all. Sindhu will play He Bing Jiao on Friday in a dead rubber.