Former India badminton coach Vimal Kumar on Tuesday blamed the withdrawals by Asian nations for the postponement of the Thomas and Uber Cup Final, calling it a "big setback" for the sport. 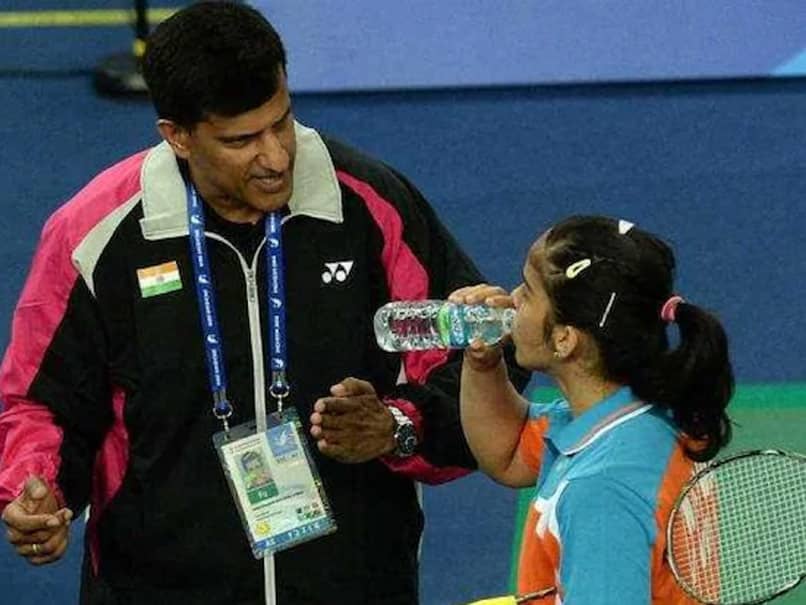 Vimal Kumar has coached the likes of Indian badminton star Saina Nehwal in the past.© AFP (File Photo)

Former India badminton coach Vimal Kumar on Tuesday blamed the withdrawals by Asian nations for the postponement of the Thomas and Uber Cup Final, calling it a "big setback" for the sport. The prestigious men's and women's team event was postponed to next year by the Badminton World Federation (BWF) following a wave of pullouts by top teams, mainly from Asia, due to the COVID-19 pandemic.

"What Asian nations have done, it is really disappointing. There are no major issues in these countries, they are having local events there, so to pull out in this way, is a big setback for the sport," Vimal told PTI.

The event, which was to mark the resumption of international badminton after the coronavirus-forced break, was scheduled to be held in Aarhus, Denmark from October 3 to 11.

India had announced both the men's and women's squads for the event. However, after Indonesia and South Korea on Friday joined Thailand, Australia, Chinese Taipei and Algeria in pulling out due to the dreaded disease, the BWF decided to push the event to next year.

Vimal said: "It was an ideal way to revive the circuit. The platform was there. "We are not as big as China but India stood positive, we wanted to participate but if big countries don't play, what can BWF do? How will they conduct events? I'll blame the Asian nation for this mess."

The international body, though, decided to proceed with the Denmark Open in Odense, a HSBC BWF World Tour Event, as originally planned from October 13-18, while cancelling the Denmark Masters that was slated for October 20-25.

The decision to go ahead with the Denmark Open has left a few Indian players, including PV Sindhu, Saina Nehwal and Parupalli Kashyap, confused.

"We are still confused what to do under the circumstances. Saina has got a visa for Denmark and I have applied for it but we are still undecided about participation," Kashyap said.

"There are many questions like what happens if I test positive? Will I be sent back home or I will have to stay there for 14 days? Who takes care of the expenses and responsibility?"

The Badminton Association of India (BAI) on Tuesday wrote to the players who have sent their entries for the Denmark Open, stating that they would be "travelling or participating at their own responsibility due to the current pandemic" and "have to send their consent within September 17".

"I received a letter from BAI, asking for submission of consent to participate. It is an open tournament, so it is okay. We will take a call in the next 3-4 days about participation," Kashyap said.

Women's doubles player N Sikki Reddy didn't sound optimistic. "We decided that for just one tournament we might not travel but if Asia leg is happening then we will think about it. Also we have to submit consent letter within next two days if we go to Denmark."

Vimal added: "I understand the concern that players have but they have to take the onus. It is an individual sport, look how tennis players have done it, the government cannot always do everything for you.

"We have sent entry but we have to wait and see because going for one event, taking tests and following quarantine rules...we need to discuss with coach, look at last year's result (for ranking points) and then take a decision," Sindhu's father Ramana said.

Men's singles player Subhankar Dey, the winner of 2018 SaarLorLux Open and who has spent a lot of time playing in the Danish Badminton League, said he will participate in the Denmark Open and has already initiated his visa processing.

"We have been out of action for so many months, so it is important to play and compete. "This is the new normal now and we have to get on with it. I have already submitted the consent form to BAI and I am trying to get my visa done," said the self-funded shuttler.