India vs Australia: India will be going into the first ODI with the new 'retro' jersey, and the players are plenty excited about that. 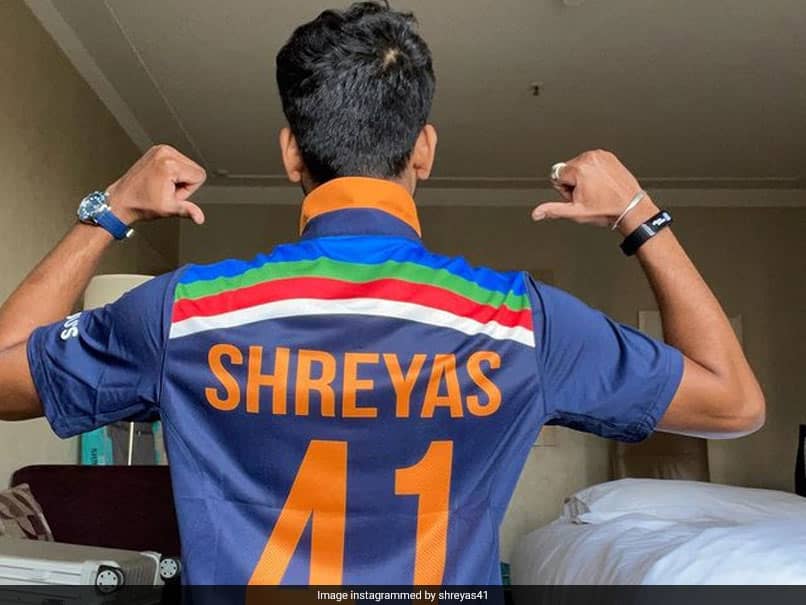 India's two-month-long tour of Australia begins on Friday with the first of three One-day Internationals (ODIs) in Sydney. The Indian team will take to the field for the first time since their tour of New Zealand, which ended in early March. Middle-order batsman Shreyas Iyer took to social media a day before the first match between India and Australia to share pictures of him in India's new jersey, and said that he could not be more pumped up to play for the country.

"Couldn't be more pumped up to be back representing my country! We're in this together #TeamIndia," he captioned the post.

Iyer has established himself in India's middle order in ODIs and T20 Internationals (T20Is). The right-hander, who also captains Delhi Capitals in the Indian Premier League, has scored 748 runs in 18 ODIs at an average of 49.86. He has scored eight fifties and hit his maiden ODI century in the first ODI against New Zealand earlier this year.

India will play Australia in two ODIs in Sydney, before going to Canberra for the third and final 50-over match.

The two teams will then face off in three T20Is before the four-match Test series starting on December 17.

The Indian contingent arrived in Sydney days after the conclusion of IPL 2020 and have been quarantining since.

Australia Cricket Team Shreyas Iyer Cricket
Get the latest updates on India vs Australia Series, check out the India vs Australia Schedule for 2020-21 and Ind vs Aus live score . Like us on Facebook or follow us on Twitter for more sports updates. You can also download the NDTV Cricket app for Android or iOS.