Shardul Thakur Gets Resounding Reception As He Returns Home After Test Series Win In Australia. Watch

Shardul Thakur, who played a key role in India's series-clinching win in Brisbane, received a warm welcome as he returned home from Down Under. 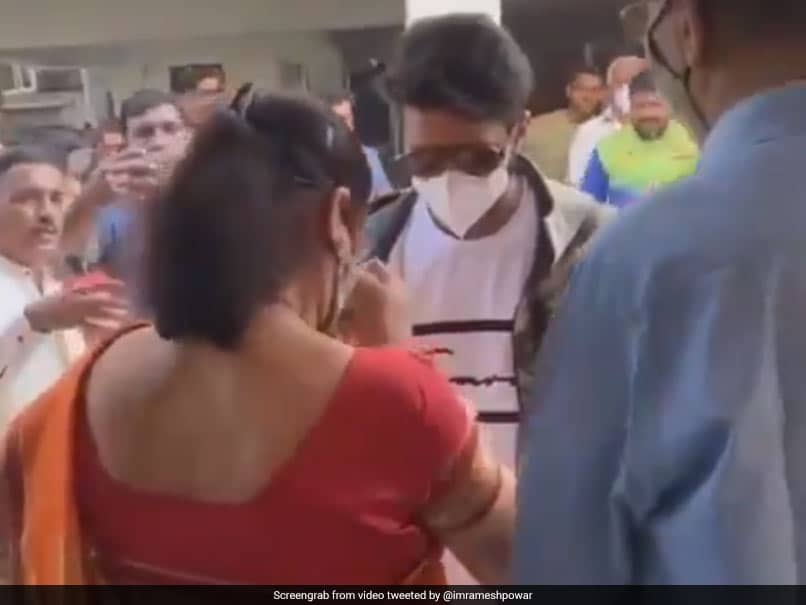 Shardul Thakur was greeted to a loud cheer from fans as he returned home from Australia.© Twitter

Shardul Thakur, India fast bowler, was greeted to a resounding reception as he returned home after a thrilling Test series win in Australia. Former India off-spinner Ramesh Powar took to Twitter to share a video on Friday in which Shardul can be seen greeted by loud cheers from fans as his parents welcome him home. Shardul was one of the star performers for India with both bat and ball as the visitors put an end to Australia's 32-year-old unbeaten run at the Gabba.

Watch Shardul receives a warm welcome as he returned home:

Shardul, playing his second Test, picked up seven wickets in the match and also played a crucial knock of 67 in the first innings of the Gabba Test that helped India reduce the first-innings deficit down to under 50.

Shardul along with debutant Washington Sundar put on 123 runs for the seventh wicket and in the process broke a 30-year-old Test record for India at the Gabba, held by former captain Kapil Dev and Manoj Prabhakar.

Kapil Dev and Prabhakar had put on a 58-run stand for the seventh wicket back in 1991 in Brisbane Gabba but Sundar and Thakur's heroics with the bat in the fourth Test of the Border-Gavaskar trophy, broke the long-standing record.

Shardul was rewarded for his good outing in Australia as he was named in the 18-member Test squad for the upcoming home series against England.

The first Test of the four-match series will begin on February 5 in Chennai.

Australia Cricket Team Shardul Thakur Washington Sundar Kapil Dev Manoj Prabhakar Australia vs India 2020-21 Cricket
Get the latest updates on India vs England Series, India vs England , live score and IPL 2021 Auction . Like us on Facebook or follow us on Twitter for more sports updates. You can also download the NDTV Cricket app for Android or iOS.