Australia vs India 2020: India, after suffering a heavy defeat in the first ODI, will face Australia on Sunday in a bid to stay alive in the three-match series. 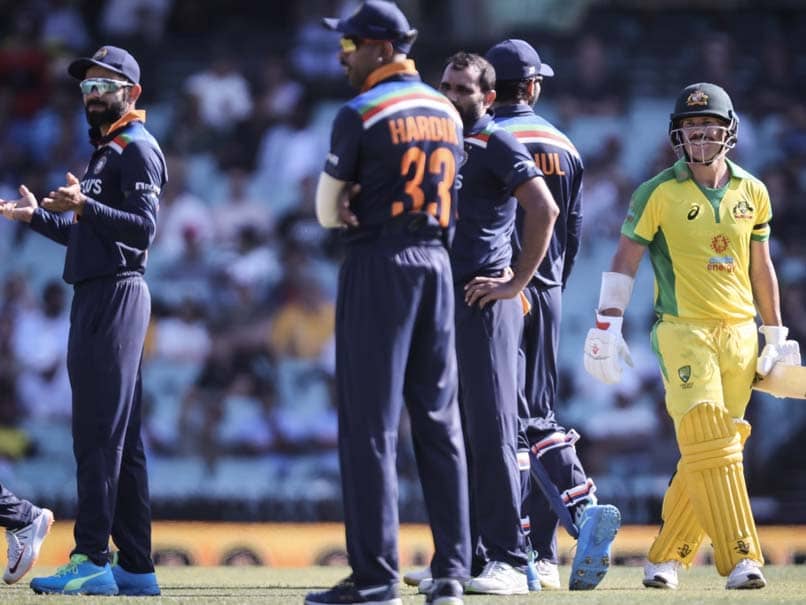 India were outplayed by Australia in the ODI series opener on Friday.© AFP

India, after being outplayed in the One-Day International (ODI) series opener in Sydney, will look to bounce back and stay alive in the three-match series as they face hosts Australia in the second ODI at the Sydney Cricket Ground on Sunday. India went in to the first match with five specialist bowlers but Aaron Finch and Steve Smith's batting exploits helped Australia put up a mammoth total of 374 for six which proved to be too much for the Indian batting to chase down.

India skipper Virat Kohli admitted after the loss on Friday that the balance of the side does take a hit with Hardik Pandya not being fit enough to bowl and none of the top five batsmen have the ability to chip in with a few overs during the middle stages of an inning.

Kohli's go-to bowler Yuzvendra Chahal too had an off day as he became the most expensive Indian spinner in ODI cricket.

The leg-spinner gave away 89 runs from his quota of 10 overs and picked up one wicket.

Jasprit Bumrah and Navdeep Saini too proved to be a touch too expensive, giving away 73 and 83 runs, respectively.

The only positive from an otherwise forgettable outing for the visitors was the form of Hardik and Shikhar Dhawan with the bat.

India were reeling at 101 for four at one stage but both batsmen scored half-centuries that helped India get to a respectable total in the end.

For Australia, everything seemed to click on the day. However, they might be forced to change their winning XI, with Marcus Stoinis suffering an injury.