Few Indian bowlers have managed to deliver at the daunting pitch at Perth. 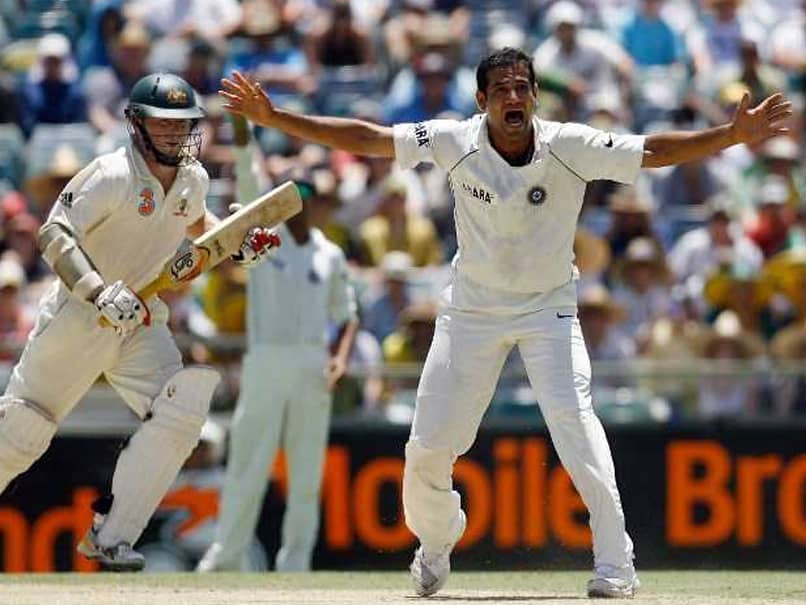 Irfan Pathan was the chief orchestrator of one of India's most memorable Test wins on Australian soil.© AFP

Over the years, India vs Australia contests have established themselves as one of the fiercest rivalries in world cricket. While the Australians have been an aggressive unit from the early days, the visiting Indian teams have been thoroughly competitive in the recent past. From their first tour to Australia in 1947-48, Indian bowlers have tasted considerable success Down Under. Australian batsmen have always found it difficult to work around the Indian spinners in particular.

However, with the Perth pitch set to be a green and bouncy one it is expected to be a delight for the two supreme fast-bowling attacks when they face each other in the second Test of the four-match series in Perth starting Friday.

As India begin their second Test against Australia, here's a look at the five most memorable Test bowling performances by Indians that rattled Australian batting line-ups in Perth.

Bishan Singh Bedi, the left-arm orthodox spinner, claimed five-wicket hauls in both innings of the second Test between India and Australia in 1977 in Perth. The visitors' captain claimed 10 wickets in the match and ended with best bowling figures for an Indian at the WACA. Bedi bowled 61.2 overs (8 balls per over) with 12 maidens. Although India lost the match by two wickets, Bedi was the highest wicket-taker of the match that saw some great batting performances from either side. India lost the 1977-78 five match series 2-3.

During India's 2007-08 tour of Australia, RP Singh's performance at Perth stood out by far. The left-arm medium-pacer produced some fierce spells of swing bowling and troubled the hosts. Before coming into the Perth Test, India were already 2-0 down in the series and needed a morale-boosting win. RP Singh laid the foundation of India's win at the WACA as he showcased his uncanny swing bowling skills.

He dismissed Mike Hussey and Adam Gilchrist in the second innings to pick six wickets in the game.

India won the memorable Test by 72 runs but went on to lose the four-match series 1-2 with one match ending in a draw.

Manoj Prabhakar, who defined the face of Indian bowling in the nineties, claimed a five-wicket haul in the first inning of 1992 Test, thus finding a place in the third spot on this list.

On a pitch where none of the other visiting bowlers were effective, Prabhakar was India's only saving grace. In a match that India lost by 300 runs, Prabhakar claimed six wickets in 64.5 overs with 13 maidens.

Australia handed a 4-0 defeat to India in the five-match series played in the 1991-92 series with one Test ending in a draw.

In a match that was known for India's batting failure, Umesh Yadav stood out with his exceptional bowling performance. In the 3rd Test of the 2011-2012 Test series between India and Australia at Perth, Umesh Yadav claimed his first five-wicket haul in the longest format of the game.

He showed the ability to trouble Australian batsmen with nagging persistence.

Umesh ended a 214-run partnership for the opening wicket between Warner and Ed Cowan. Moreover, Ricky Ponting and Shaun Marsh had no answer to Umesh's bounce and pace.

India lost the match by an innings and 37 runs eventually losing the four-match series 4-0.

Irfan Pathan was the chief orchestrator of one of India's most memorable Test wins on Australian soil. Irfan, who was adjudged Man of the Match in that extraordinary Test at the WACA in 2008, claimed five wickets in the match as India won by 72 runs.

He took crucial wickets of openers, Chris Rogers and Phil Jacque in both innings as India's golden generation scripted a memorable victory away from home.

Anil Kumble's men snatched a memorable win but went on to lose the four-match series 1-2 with one match ending in a draw.

Australia Cricket Team Australia vs India 2018/19 Cricket
Get the latest updates on IPL 2021, IPL Points Table , IPL Schedule 2021 , live score . Like us on Facebook or follow us on Twitter for more sports updates. You can also download the NDTV Cricket app for Android or iOS.