"Get Motivated If They Try To Sledge Me": Cheteshwar Pujara After Gritty Hundred

Cheteshwar Pujara scored a fighting century after India were in trouble at Adelaide. 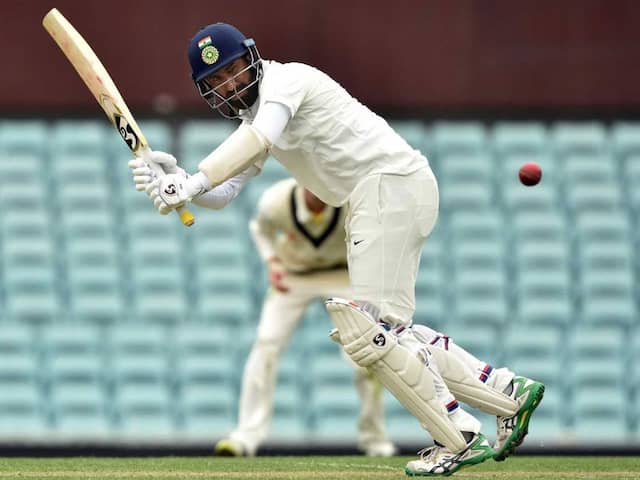 Cheteshwar Pujara's gritty ton in Adelaide was his first Down Under.© AFP

Cheteshwar Pujara's first century in Australia kept India alive on the first day of the opening match of the four-Test series in Adelaide on Thursday. After opting to bat, the No.1-ranked Indian team batsmen struggled to survive on the quick wicket at the Adelaide Oval. While India's prominent batsmen fell cheaply, Cheteshwar Pujara waged a lone battle against the daunting bowlers at their backyard. After the match, Pujara said he was not bothered about sledging during his marathon inning that included 246 deliveries.

"When I am batting, whether the opposition is trying to sledge me, I am not bothered about. I get motivated if they try to sledge me," Pujara said at the post-match press conference.

Pujara didn't blame the batsmen for a poor show and said the pitch had some advantage for the bowlers. He said he will share his experience with the Indian bowlers ahead of Australian inning.

"Sometimes when you see it on TV it doesn't look a lot but when I batted in the first and second sessions, it did not look like an easy wicket to bat on and I will share my experience to our fast bowlers about the pitch," the 30-year-old batsman said.

"I think it's the grass, odd ball is skidding on and odd ball is holding a bit more on the grass. I would say it's kind of two-paced and it's not easy to bat," he added.

Pujara's gritty ton in Adelaide was his first Down Under, third against the Aussies and 16th overall in his Test career. With this, he equalled the Test hundred tally of former India captain Sourav Ganguly.

He also completed 5,000 Test runs in his 108th inning on Thursday. Incidentally, India's Test batting great Rahul Dravid had reached the milestone in the same number of innings.

Pujara explained how he managed to score big on a pitch where others failed to show a spine. "I had to obviously bat for two sessions to realise that these are the shots I have to play and there are a few shots I had to avoid."

Pujara is confident that off-spinner Ravichandran Ashwin, who has 336 Test wickets to his name, will play a big role. "I would say it's a decent total because there's enough turn, Ashwin will also come into play, it's not an easy wicket to bat on," he added.

Adelaide Oval, Adelaide Australia vs India 2018/19 Cricket
Get the latest Cricket news, check out the India cricket schedule, Cricket live score . Like us on Facebook or follow us on Twitter for more sports updates. You can also download the NDTV Cricket app for Android or iOS.