Ricky Ponting was also thought that with Usman Khawaja, fielding initially never looked like an aspect where he had worked too much. 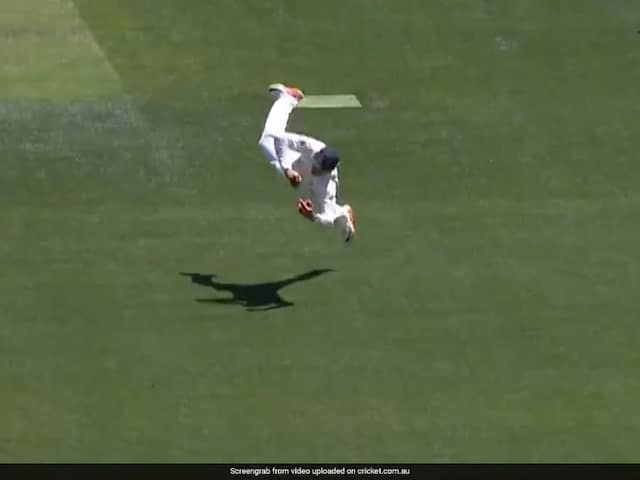 Ricky Ponting was skipper of the Australian side in 2010 when Usman Khawaja got his maiden call in Test cricket. Former skipper Ponting, who was left stunned after seeing Khawaja's diving effort to dismiss Indian skipper Virat Kohli, said that he has improved a lot as a fielder since then. The 31-year-old Khawaja, while fielding at gully during the first Test, had dived to his weaker left side to take a sharp catch off Pat Cummins' delivery. Ponting also opined that with Khawaja fielding initially never looked like an aspect where he had worked too much on.

"It's a great catch because of how much he's moved to his weak side," Ponting told cricket.com.au.

"But when you add on the fact that it's Virat Kohli in the first innings of the first Test of the summer, that makes it an even better catch.

"He's improved his fielding out of sight. I'm on record as saying that when he first came into the side years ago, it was almost an aspect of his game that he hadn't worked on much," the 43-year-old added.

Kohli got off to a start to forget on the Day 1 of the first Test. The 30-year-old attempted a drive but was beaten by Cummins' full length delivery that was a little wide of the off stump.

However, at stumps on the opening day, courtesy of well composed century by Cheteshwar Pujara (123), India managed to score 250 runs at the loss of nine wickets.

Virat Kohli Australia vs India, 1st Test Cricket
Get the latest Cricket news, check out the India cricket schedule, Cricket live score . Like us on Facebook or follow us on Twitter for more sports updates. You can also download the NDTV Cricket app for Android or iOS.