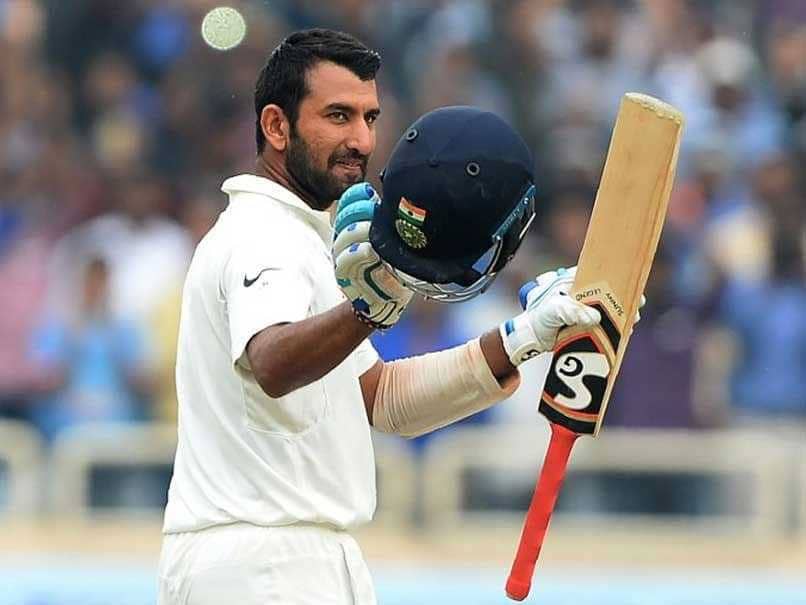 Cheteshwar Pujara scored his first hundred in Australia, leading India's recovery after the cheap dismissals of leading batsmen in the first Test of the four-match series against Australia at Adelaide on Thursday. Cheteshwar Pujara reached the triple figure in Test cricket for the 16th time, his third against Australia, with six boundaries and a six in a composed 231-ball knock. He was the ninth man out, for 123 off 246 deliveries, displaying excellent composure under pressure. Pujara led India's resistance against an aggressive home team after India opted to bat at the Adelaide Oval.

Just before stumps, Pujara was run out by Pat Cummins and India concluded the Day 1 on 250/9 with Mohammed Shami (6*) on the crease.

For Australia, pacers Mitchell Starc, Josh Hazlewood and Pat Cummins claimed two wickets each, while spinner Nathan Lyon chipped in with the scalps of Rohit Sharma (37) and Rishabh Pant (25).

India faltered in the beginning as openers KL Rahul (2) and Murali Vijay (11) lost their wickets cheaply inside the first seven overs.

Skipper Virat Kohli joined them back in the pavilion after managing to score just three runs off 16 deliveries.

Ajinkya Rahane also failed to put up an impressive show as Hazlewood dismissed him for 13.

Rohit Sharma, who made his way to the Indian Test team after 11 months, stood tall for a while, scoring two boundaries and three sixes to contribute with 37 runs.

Wicketkeeper-batsman Rishabh Pant, who failed miserably in England but covered it up with noteworthy knocks against the Windies at home, made just 25 runs off 38 balls in the pace-friendly wicket in Adelaide.

Adelaide Oval, Adelaide Cricket Australia vs India, 1st Test
Get the latest updates on India vs Australia Series, check out the India vs Australia Schedule for 2020-21 and Ind vs Aus live score . Like us on Facebook or follow us on Twitter for more sports updates. You can also download the NDTV Cricket app for Android or iOS.