Neeraj Chopra has been asked to withdraw after his coaches felt he had not recovered sufficiently following an elbow surgery in May. 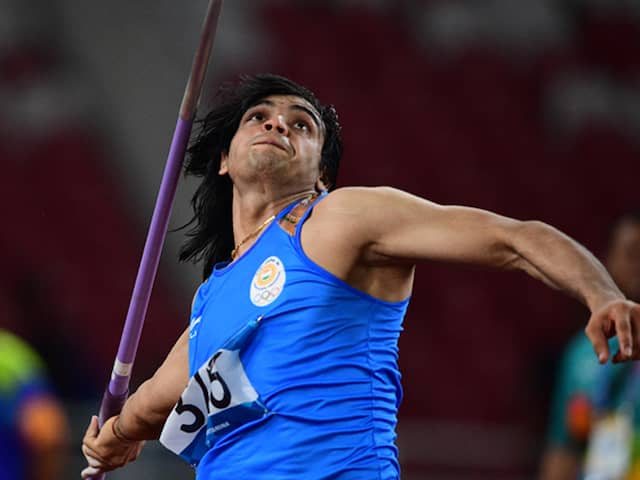 Neeraj Chopra was diagnosed with an elbow injury when he was training in South Africa.© AFP

Ace Indian javelin thrower Neeraj Chopra will not be participating in the 59th National Open Athletics Championships beginning Thursday in Ranchi. Initially, the Athletics Federation of India (AFI) had allowed Chopra to participate in the competition. On Wednesday, AFI had tweeted about his comeback to drum up interest around the event. "Back in business, everyone's super star, the one and only...Neeraj Chopra is all set to take the field at the 59th National Open Senior Athletics Championships," the AFI had tweeted on Wednesday morning.

However, now it is reported that the 21-year-old has been asked to withdraw after his coaches felt he had not recovered sufficiently following an elbow surgery in May.

Even Chopra was also quoted in an AFI release as saying: "I really want to get back to the competition mode. And since this is the last competition of the season, I want to use it to get into that feeling of competition."

"I have spoken to my doctors and they have said I am okay to compete. I am feeling good. I started training in Patiala a few weeks back and the throws are going well."

Chopra, who won a gold at the Commonwealth Games as well as the Asian Games last year, has not taken part in a championship in more than a year since throwing 83.90 metre in the Services Athletics Championships in Jalahalli on September 19 last year.

He was training in Potchefstroom, South Africa, when it was diagnosed that his elbow injury needed surgery in May last.

He wanted to participate in the World Championships in Doha held in September but was not allowed by the AFI after they felt he has not recovered fully.

He has still not qualified for the Tokyo Olympics, the qualification period for which began on May 1 this year.