Muhammed Anas Yahiya has the potential to go far in the 400 metres. 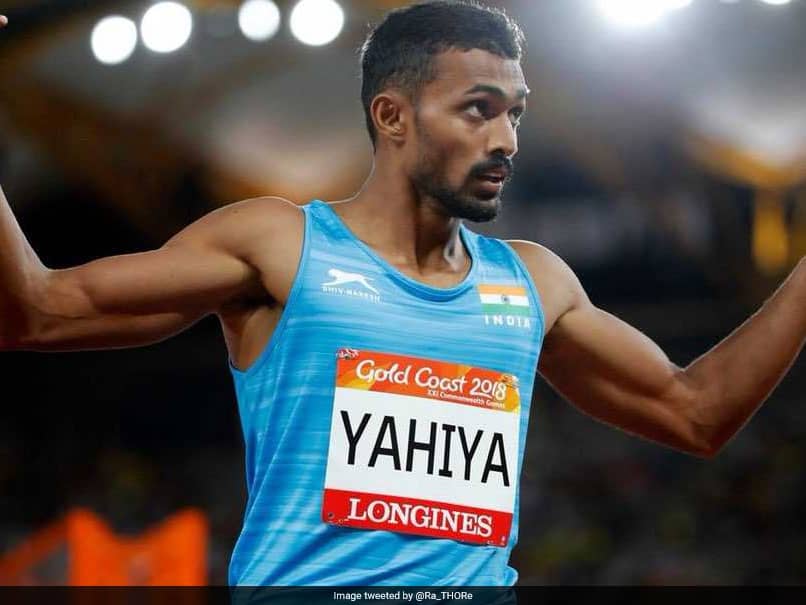 Muhammed Anas Yahiya is one of the rising stars in Indian athletics. He missed a medal after finishing fourth in the 2018 Gold Coast Commonwealth Games (CWG) but managed to break the national record and completed the 400-metre race in 45.31 seconds. Last month, Anas yet again broke his own record set in the CWG 2018 after clocking a time of 45.24 seconds at the Cena Noveho Mesta nad Metuji event in Prague. One of the potential stars to come up in the Indian athletics, Yahiya made every Indian proud even after missing the podium finish, just by a whisker at the 2018 Gold Coast Commonwealth Games. He is all set to perform in the upcoming 18th Asian Games, to be held in Indonesia from August 18.

Yahiya had broken the national record earlier as well when he clocked 45.40 seconds at the Polish Athletics Championship in June 2016. That performance saw the Kerala athlete become the third Indian after the legendary Milkha Singh and KM Binu to qualify for the Olympics in the men's 400m category.

He will be participating in the 200 metres and 400 metres in the upcoming Asian Games.

Comments
Topics mentioned in this article
Athletics Asian Games 2018
Get the latest updates on IPL 2021, IPL Points Table , IPL Schedule 2021 , live score . Like us on Facebook or follow us on Twitter for more sports updates. You can also download the NDTV Cricket app for Android or iOS.