A total of Rs 1219 crore was earmarked for sports in the interim budget announced in February. 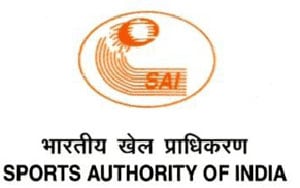 Sports Authority of India (SAI) is seeking an additional Rs 80 crore from the newly-formed government to meet the athletes' requirements ahead of next month's Commonwealth Games and the Asian Games in September.

SAI secretary Neeraj Kansal said that the nodal agency has written to the sports ministry for the amount over and above the Rs 165 crore allocated to the National Sports Federations (NSFs).

A total of Rs 1219 crore was earmarked for sports in the interim budget announced in February.

"We have written to the ministry for the release of additional funds. We are expecting the amount to be released after the budget is passed in the parliament," said Kansal.

The general budget is likely to tabled in the parliament in July.

Another SAI official said the money will be distributed among six disciplines which are expected to get India a majority of the medals at the Glasgow Games (July 23-August 3) and the Incheon Asiad (September 19-October 4).

They are archery (only for Asian Games), boxing, badminton, shooting, weightlifting and wrestling.

With sports such as tennis and archery not being part of the CWG program this time, SAI has reduced its medal target from 125 to anything between 75 to 90.

India had bagged 101 medals as hosts of the 2010 edition, the country's best ever show in the quadrennial event helping it come second in the medals tally.

For Asian Games, however, SAI expects an increase from 65 medals in 2010 to 90 this time around.

SAI was unable to push for funds owing to the general election. It was only last week when new sports minister Sarbananda Sonowal assumed office.

Kansal added that they will start interviewing candidates for the sports psychologists' role from Thursday onwards.

Comments
Topics mentioned in this article
Other Sports Asian Games 2014
Get the latest updates on Fifa Worldcup 2022 and check out  Fifa World Cup Schedule, Stats and Live Cricket Score. Like us on Facebook or follow us on Twitter for more sports updates. You can also download the NDTV Cricket app for Android or iOS.