The Asia Cup 2018, starting from September 15, will be held in Abu Dhabi and Dubai. 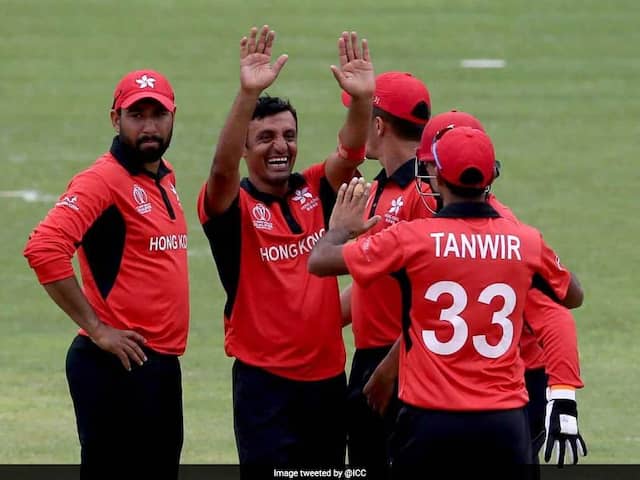 Hong Kong is the only cricket team in the Asia Cup 2018 without ODI status.© Twitter

The International Cricket Council (ICC) on Sunday awarded One-Day International (ODI) status to all the matches that will be played in the upcoming Asia Cup 2018, which will be held in Abu Dhabi and Dubai starting from September 15 and ending on September 28. This announcement means that all the matches involving the Hong Kong cricket team - the only team in the tournament without ODI status - will be classified as ODIs. Hong Kong will play their Group A matches against Pakistan and India on September 16 and September 18 respectively.

"To grant ODI status to all matches in the Asia Cup is a positive step taken by the ICC Board as we continue to take an in-depth look at international cricket structures in relation to our long-term ambition of growing the game and adding to the one billion fans who already follow the sport," ICC-cricket.com quoted ICC chief executive David Richardson as saying.

"This decision was informed by our review of the ICC Cricket World Cup Qualifier earlier this year where there was a mix of games with and without international status which proved to be confusing for fans," Richardson further added.

"The fact that these events are open to teams beyond the existing 16 teams that currently have ODI status is important and, accordingly, ensuring all matches are granted ODI status is befitting of the events and just reward for the teams that have qualified.

"Of course all T20 matches between ICC Members now have T20I status and we are in the midst of reviewing the whole issue of ODI status, which review should be completed in the next few months," the statement concluded.

Hong Kong Asia Cup 2018 Cricket
Get the latest Cricket news, check out the India cricket schedule, Cricket live score . Like us on Facebook or follow us on Twitter for more sports updates. You can also download the NDTV Cricket app for Android or iOS.